Those routine maintenance items we all need to perform from time to time, but a few of us don’t always catch on the nose. Thumb open that owner’s manual to the table where mileage, time and what to do when are listed. The “every time you ride” list and those annual and closer interval tasks.

There are those folks who hit that schedule like the beat of a waltz. They keep immaculate records of mileage and dates and costs and measurements. You would be forgiven for figuring that because I am an engineer and have been prone to such things, I would have some brilliantly complete database. I do not in fact keep those meticulous records.

I do keep records. They are neither regular, complete nor immaculate. The need to be careful and complete faded as I came around some corner maybe two decades ago. The records are good enough and complete enough for me. The intervals between maintenance activities is not so much regular, in a precise reading of the meaning, but close enough if glanced at from 40,000 feet as the middle executives are want to say. As if they would know anything meaningful when it comes to that. A little bit every now and then is closer to hitting the mark. The motors keep running economically and cleanly. So, my theory is that those exacting lists of chores are there to keep the people in line who are unfamiliar with things mechanical. And need keeping in line.

You know the type. That brother in law who tries to change the oil in his jeep only to flood the street with a few gallons of high buck synthetic transmission fluid and drop the whole car off jackstands with the wheels off. Then he calls you.

Things that move, and need to move to work. Things like our bodies, motorcycles, plumbing, yards and pools need regular maintenance.

Machines don’t know anything. Machines don’t react to a schedule of periodic maintenance. What they react to is lubrication breaking down and oxidation. Adjustments and wear changing clearances to the point things interfering. This would be catastrophic failure. Bouncing that valve off the top of the piston.

Most of the adjustments settle after a while. Owning and working on a machine long enough allows you to observe this. Owning several machines long enough, you see it happen over and over again.

Over time you get a feel for how long is too long. The airheads I had would begin feeling rough at about 4,000 miles or so. This would be down to the choke gasket being sucked inside the housing at the inside of the carburetor. Checking the valve clearances would usually not reveal any variation that would benefit from adjustment. As these were screw-type adjusters it was a quick job to get them perfect. Most of the time when the balance was a little rough I’d pull a carburetor off to check that choke gasket. I was never able to see it from the outside but sure enough after I’d pull the cover off there it was.

A 1997 Honda CBR900RR would display more sticky gear changes after a bit, but the difference was only felt between blended synthetic and full dino-oil after a few tanks of fuel. After that non-synthetic, full or blended felt and acted the same. I mostly used Castrol 20W50 because I could find it at any grocery store. Unlike all the BMW’s I’d ever owned or experienced it barely used any oil. In 5,000 miles the oil would not drop out of the sight glass limits.

Both the Honda and the last BMW were ridden through 10,000 miles without looking at the valves or changing filters or oil. I never changed a shim on that Honda. For the first 50,000 miles of its life it wandered around the middle of the tolerance band for clearances but never outside. I saw no great advantage to chasing perfection in an attempt to match all the gaps across the motor. Instead I left it alone as long as it was with tolerance. After 50,000 miles the measurements never varied enough to notice. Nothing changed much up to when I sold it at just shy of 100,000 miles on the odometer. There were more miles on the bike than appeared there thanks to the speed sensor failing and replacements being on back-order. That was about a month of riding which at that time was about 3,000 miles. That meant riding with traffic rather than sliding past them. For trackdays I didn’t need a speedometer.

All this means I’m comfortable with continuing to use a machine past where the manual states I should stop and do some maintenance. It is not like I’m going to skip the maintenance and wait for failure. The maintenance is performed after a short delay. I have found is this has never mattered.

Why this matters to me is that I can now be comfortable taking off on a trip with the expectation of not requiring any complex maintenance other than checking the tire pressures and oil level for as long as I’m usually able to travel at a time. So, if I were to take five weeks and do a 10,000 mile or so ride I would only check the oil and not figure I needed to change it. I would not expect to check valve clearances or change the coolant. I’d only check over the bike once a week for loose bits or particularly if it had been down a lot of teeth chattering washboard. After dusty conditions I’d check/change the airfilter maybe. Maybe not.

On the CBR I’d change the brake fluid after every trackday. Same for the fork oil. The engine oil would be fine. I changed coolant every 10,000 miles or about three time a year. I was running Water Wetter and liked to keep it fresh. The bike ran cooler with that stuff too. 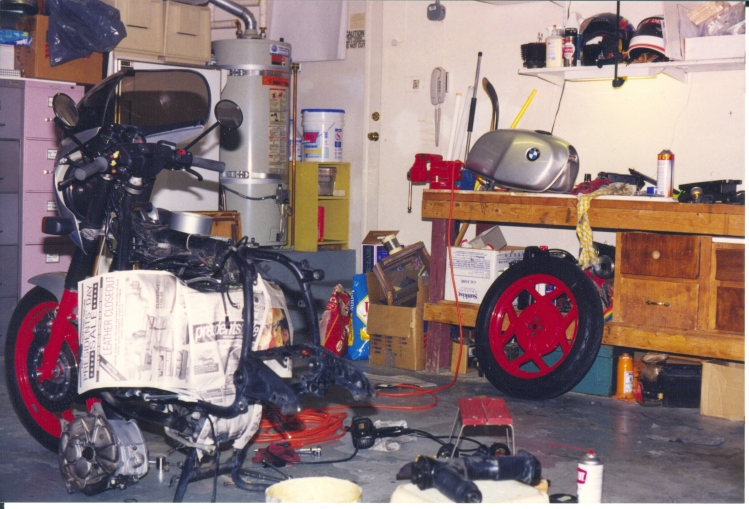 These days the KTM 990R is the same day in and day out. Nothing like the high strung drama queen race bike rumours we all may have read about. The bike barely uses any oil and I’ve only changed two shims. We are more than 67,000 miles in and I still enjoy the bike. The maintenance is time consuming when the valves need checking. That is down to the bodywork really not so much engine design.

At present things are a bit tight in the new digs, so we will wait until the renovations are complete for our servicing. 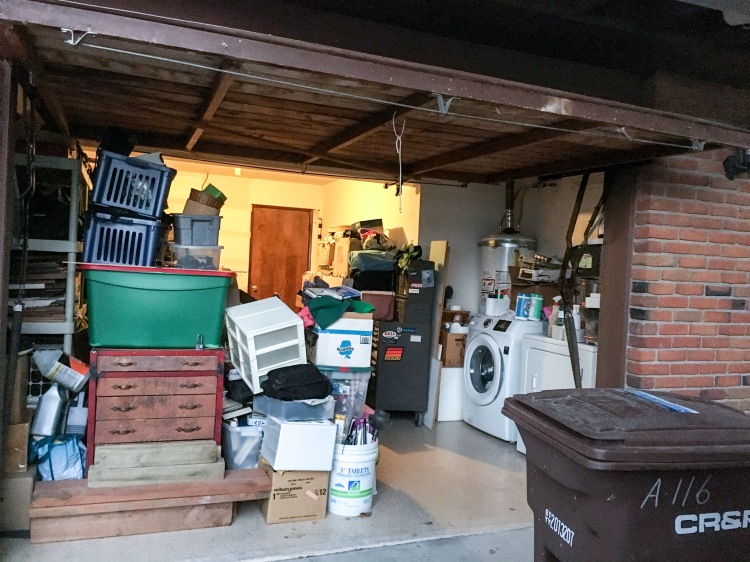 The renovations finished up and some reorganization around the new place was also completed. The garage is now serviceable as a workspace for the motorcycle. A car will never fit inside I’m certain of that. I have managed to work through the maintenance on the KTM, take it for a ride and get it back to dirty. I noticed some things to adjust a little differently and some things to rearrange. All in all this last, last motorcycle is ticking along just fine. One thing regular maintenance affords is an opportunity to look the bike over in places not easily visible during daily use. For example I have found a small oil leak I need to dig deeper to discover the source. Cleaning up the bike then riding for about a thousand miles with some dirt and dust highlights little things like that before they become larger problems. 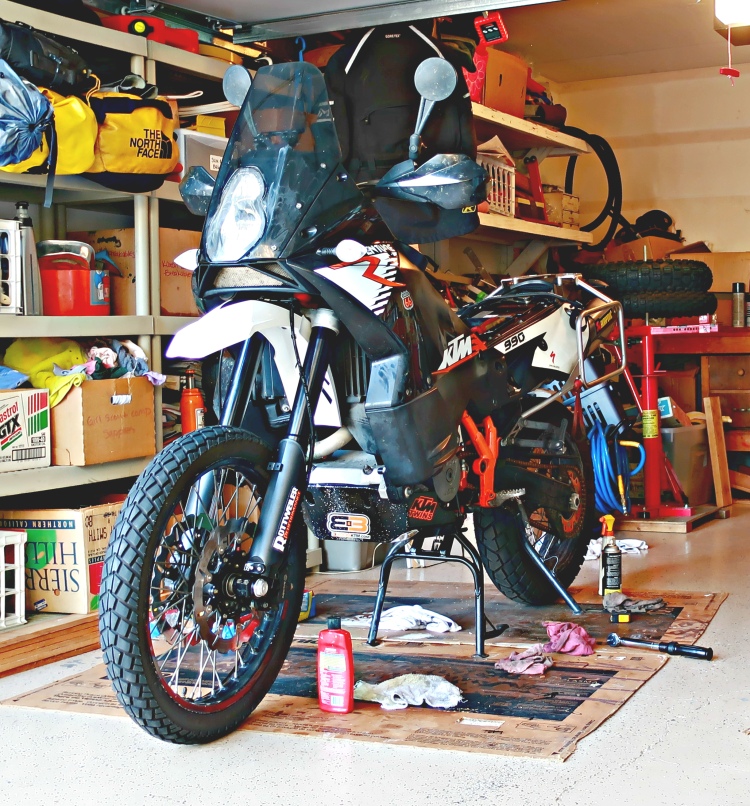 Working in a small space means I have to stage each task to keep clutter down. Getting sidetracked with cleaning while still adjusting, can be a problem. 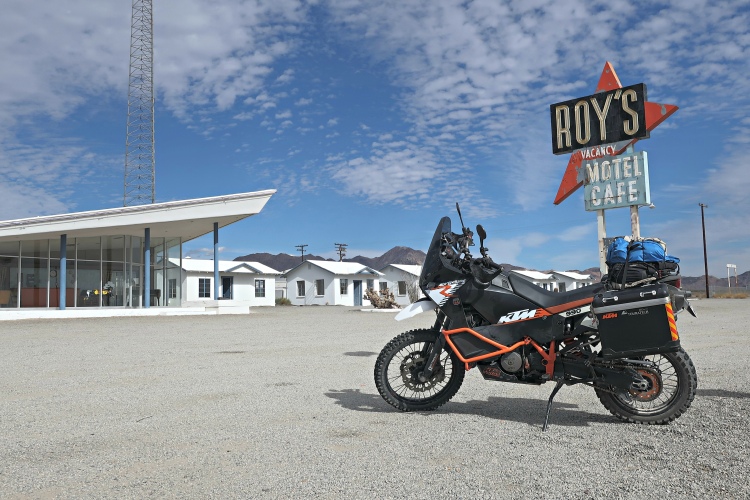 A change of tires then load up for camping and travel and out on the road.